Meet the Bride & the Groom 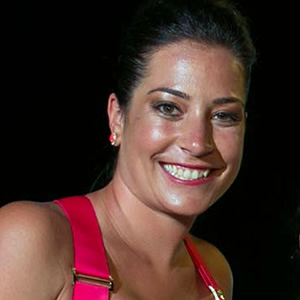 I grew up on Staten Island. I went to Tottenville HS and graduated John Jay College with a Bachelor Degree in Legal Studies. I work at Staten Island University Hospital in the administration office. Anyone who knows me, knows I am a CRAZY DOG LADY! Which is why I also became a certified dog groomer. I live for my dogs and if we were not having a destination wedding, Penny lane, my boston terrier, would be my flower girl! 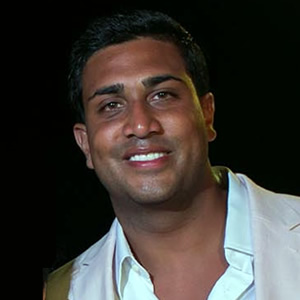 I was born and raised on Staten Island. Attended and graduated St. Peter's boys Highschool. I have been a plumber for the last 8 years and currently work as a senior mechanic at the largest plumbing company in the state of New Jersey. With my very limited free time, nothing makes me happier than spending time with my family and loved ones. Im an avid sports fan. Those who know me understand that I am fanatical about the NY Rangers, Yankees, and Giants.

Check out the Candid Moments

We met back in 2007 when Michael was working as a stock boy with my sister Stephanie. My sister would tell me about about him and say, " I swear he is the male version of you!". She introduced us and immediately I had butterflies, there was something about him. We dated the next few months on and off and lost touch for a while between college, work, etc. It was a few days after my birthday and he gave me a heart necklace and asked me to be his girlfriend.

Last September we went on a cruise that stopped at a few islands. Michael said he wanted to start looking at rings and get ideas ideas because he did not really know much about diamonds and wanted to learn more. We tried on a few and I fell in love with one, the first one I had ever tried on! We were just looking so I didn't think anything of it. However, Michael had a different intention. He somehow without me knowing bought the ring and smuggled it back on the ship. He held on to it for the next 2 months.

It was November 10 and the weather was unexpectedly warm. A 72 degree day in November! Michael knows I love to be outdoors. The night before he said it's going to be beautiful tomorrow, why don't we go for a walk in Brooklyn down by the Verrazano. I eagerly agreed as I love to be outdoors but he usually doesn't ;). We went for a walk and when we got down near the bridge he said why don't we see if someone will take a picture of us. We found someone to take a few pictures and the lady asked Michael if they were okay. He said yes they are great but would you mind to just take one more. She took the last picture and he dropped down to his knee , popped out the ring of my dreams with his hands shaking and said, " Our journey began on the other side of this bridge and I want it to continue onto a new chapter on this side, will you marry me?" Of course I SAID YES!

I am truly blessed and thank my lucky stars everyday I ended up with such a loving caring man. I have always dreamed of getting married on a beautiful beach with a flower in my hair since I was a little girl. We will be married on the beach at Finest Playa Mujeres, Mexico!

We would like to introduce you to the special people who will be standing at our side on our wedding day.

We will recite our wedding vows at 5 o'clock in the evening at Finest Playa Mujeres on the white sandy beach overlooking the turquoise sea.

Immediately following, the party continues at the Beach. Join us for a gourmet Gala dinner prepared by the most exceptional chef's Finest Playa Mujeres has to offer. All while dancing the night away underneath a starry blue sky.

Be present at the wedding to give us your blessings & love! :)
Hotel: Finest Playa Mujeres Accomodations and Room Types: Junior Suite Spa or Pool View
Take a break and travel away to Finest Playa Mujeres by Excellence - Luxury All Inclusive, a beachfront retreat in Cancun offering a host of recreation and leisure facilities for all ages. Vacationers at this secluded all-inclusive Cancun resort can frolic on the sands of the nearby pristine beaches, tee off at the Greg Norman-designed golf course or explore the vibrant Hotel Zone Cancun. On site, guests relax with leisure amenities, such as 12 pools, ONE Spa and 3,500 square foot-fitness centre. Junior Suite Spa or Pool View - The sophisticated and spacious suites at Finest Playa Mujeres by Excellence - Luxury All Inclusive feature modern design and stylish amenities such as oversized Jacuzzi, private balcony, patio or terrace, and 46-inch flat-screen TV. All posh units have air conditioning, stocked mini bar, safe deposit box, coffee/tea maker and iron/ironing board. Some units come with ocean vista, private deck, garden, rooftop terrace or plunge pool.